Summer tyres are designed for temperatures above freezing. They are ideal for Maltese weather and are also designed to work in the rain. 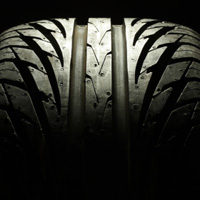 As the name suggests, all season tyres are designed to provide safety when driving in various conditions. The advantage to all season tyres is that they can remain on a vehicle whether it is spring, summer or fall (autumn), but may not be suitable in cold temperatures or snowy weather. They also provide a quieter ride than winter tyres.

Dedicated summer tyres (also known as performance tyres) improve the performance and aesthetics of a vehicle. Performance tyres are designed for handling and stability, which can result in a stiffer tyre (not easily bent/ changed in shape), and so, may affect the comfort of your ride. The tread is also wider to provide more contact on the road and better dry traction (the tyres ability to corner, brake and grip during acceleration under dry road conditions). The special compound used enhances the tyres performance, but may not provide the same tread wear as all season tyres. 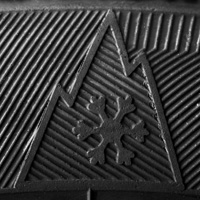 Winter tyres use special compounds to improve traction, breaking and handling whenever the thermometer dips below 7Â°C. Although all weather tyres are good in many conditions, they don’t provide the same grip and control that winter tyres do in cold or snowy weather. Please note that Tyres Direct does not currently offer winter tyres for the Maltese market.

A run-flat tyre is a vehicle tyre designed to resist the effects of deflation when punctured, and so, enables the vehicle to continue being driven at reduced speeds (up to 55 mph (90 km/h)) for limited distances of up to 100 mi (160 km), or even 200 mi (320 km) depending on the type of run-flat tyre.

The origins of the commercial self-supporting run-flat tyre started in 1935 with a tyre that had a fabric inner lining. The tyre was advertised as a protection against blow outs, a common and dangerous occurrence in the 1930’s.

In 1934, Michelin introduced a tyre that was based on the technology developed for local commuter trains and trolleys. It had a safety rim inside the tyre which, if punctured, would run on a special foam lining. The tyre was sold for military use and for specialized vehicles like bank armored vehicles, advertised as “semi-bullet proof”. While the tyre performed as advertised, it was far too expensive to be a feasible option for private automobile users.

In 1958, Chrysler teamed with Goodyear to offer Captive Air run-flat tyres using an interlining to carry the weight.

In 1972, Dunlop launched the Denovo “fail-safe” wheel and tyre system that became optional equipment on the Rover P6 3500 in 1973, and by 1983, evolved into the TD/ Denloc which became standard equipment across the whole Austin Metro range.

Most recently, Bridgestone run-flat tyres are supplied on some new model BMW cars. The automaker promoted these as a safety feature and as an alternative to carrying a spare tyre.

Self-supporting run-flat tyres are now common on light trucks and passenger cars and typically allow a vehicle to drive for 50 miles (80 km) at around 50 miles per hour (80 km/h). However, if the tyres are subject to misuse, they may become irreparably damaged in the process. In addition, if the tyre is punctured in the sidewall or at the edge of the tread, repair may be impossible and unsafe. These tyres carry a 20% to 40% weight penalty over similar standard tyres. The thicker sidewall also means higher rolling resistance, thus reducing the vehicle’s gas mileage.

Tyre manufacturers generally have their own run-flat tyre system. If you have interest in comparing systems or reading more about them, more information can be found on the respective manufacturer websites.

This website uses cookies to improve your experience while you navigate through the website. Out of these, the cookies that are categorized as necessary are stored on your browser as they are essential for the working of basic functionalities of the website. We also use third-party cookies that help us analyze and understand how you use this website. These cookies will be stored in your browser only with your consent. You also have the option to opt-out of these cookies. But opting out of some of these cookies may affect your browsing experience.
Necessary Always Enabled

Any cookies that may not be particularly necessary for the website to function and is used specifically to collect user personal data via analytics, ads, other embedded contents are termed as non-necessary cookies. It is mandatory to procure user consent prior to running these cookies on your website.